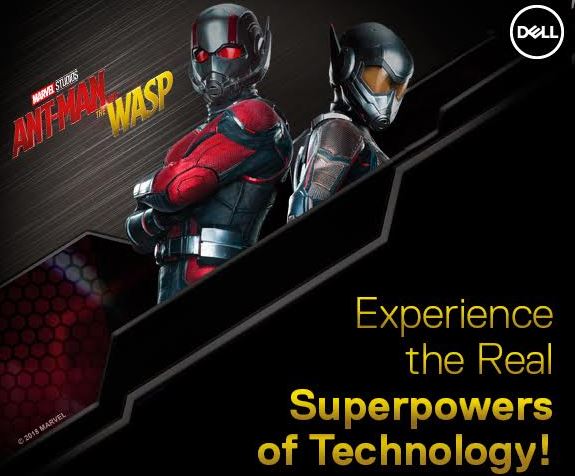 With innovative technologies, Dell has ushered in a new era in the entire segments of film-making. From Angry Birds, Gravity, Ex-Machina, Hugo to The New Ghostbuster, Dell has played an integral role in the media and entertainment sector. This time, Dell teamed up with Marvel Studios’ for the movie, Ant-Man and The Wasp. This exciting collaboration extends behind the camera, where Dell hardware plays a vital role in creating visual effects in the film. In the film, Dell devices made several appearances in settings like Hank Pym’s lab and at the X-CON security offices. Behind the scenes, Dell played a vibrant role in creating visual effects in the film. Marvel Studios enlisted VFX vendors, several of which utilized a breadth of Dell technologies, including Dell Precision workstations, as the core infrastructure to provide the immense computing power and storage capacity necessary for visual effects designers to bring the movie’s characters and places to live.

Know more about the workstation that brought ideas to life.