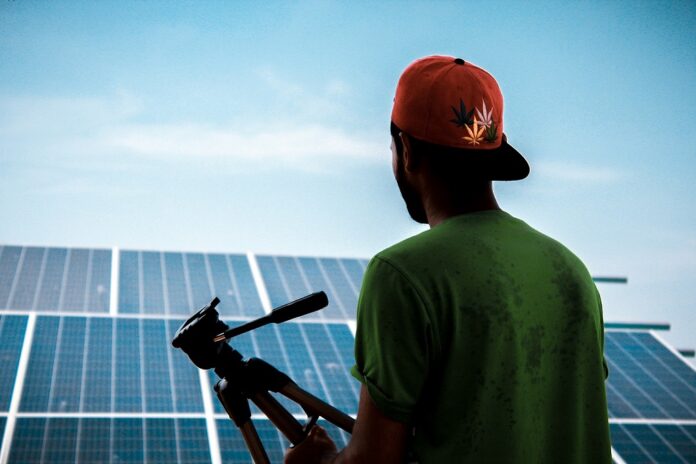 Researchers at the Indian Institute of Technology (IIT), Delhi have developed a high efficiency, shadow-less (solar panels at the bottom are not shadowed by the top panels) and auto-rotating Solar PV tower for photovoltaic power generation in a given area throughout the day.

Both the systems are patented by IIT Delhi and licensed to Banglore and Mumbai-based EP Sunsol Private Limited for commercial installation. EP Sunsol has already deployed the developed systems at Chennai, IIT Delhi, and Navi Mumbai of 3kW, 4kW, and 5kW, respectively.

“After intensive research, we got success in arriving at the lightweight and cost-effective novel design on mounting Solar PV towers along with high reflectivity mirrors to follow the Sun movement. Both non-mechanical and mechanical solar towers are able to generate 20-25% and 25-30% more power respectively, while utilizing only 50-60% rooftop space compare to conventional solutions,” Prof. Dalip Singh Mehta, Physics Department, IIT Delhi said.

The solar panels along with high reflectivity mirrors are vertically mounted in a particular way (based on location/city) that they fall in the line-of-sight of the Sun during the morning, mid-day, and evening hours, hence leading to high-efficiency solar power generation. The mounting methodology helps to generate more power during non-peak hours of the Sun i.e. 9 a.m. to 11 a.m. and 2 p.m. to 5 p.m. in addition to peak hours from 11 p.m. to 2 p.m.

Mechanical tracking solar tower: The solar PV tower with reflectors has a low-cost programmable electro-mechanical system to rotate the solar tower horizontally. Single/double towers are mounted in such a mechanism where the whole system with panels and reflectors follows the direction of the Sun. The panels start the day facing the East direction and end the day facing the west direction. By the next morning, the panels return to their East facing position to start a new day. The innovative tracking system developed by IIT Delhi does not require any LDR sensors, requires only single-axis tracking, and consumes very low power drawn by the same solar tower.   Along with Prof. Dalip Singh Mehta, Dr. Mayank Gupta, Mr. Virendra Kumar (Department of Physics); Mr. Masood Ali (SeNSE) and Mr. Sanjay Ambwani (Design Department) were part of the IIT Delhi research team. The EP Sunsol Team, which did the installation comprised of Mahadevan R and Dr. Hitesh Mehta.

Viva launches the cheapest mobile phone for the budget segment

Top 5 Apps which students should consider to deal with exam...