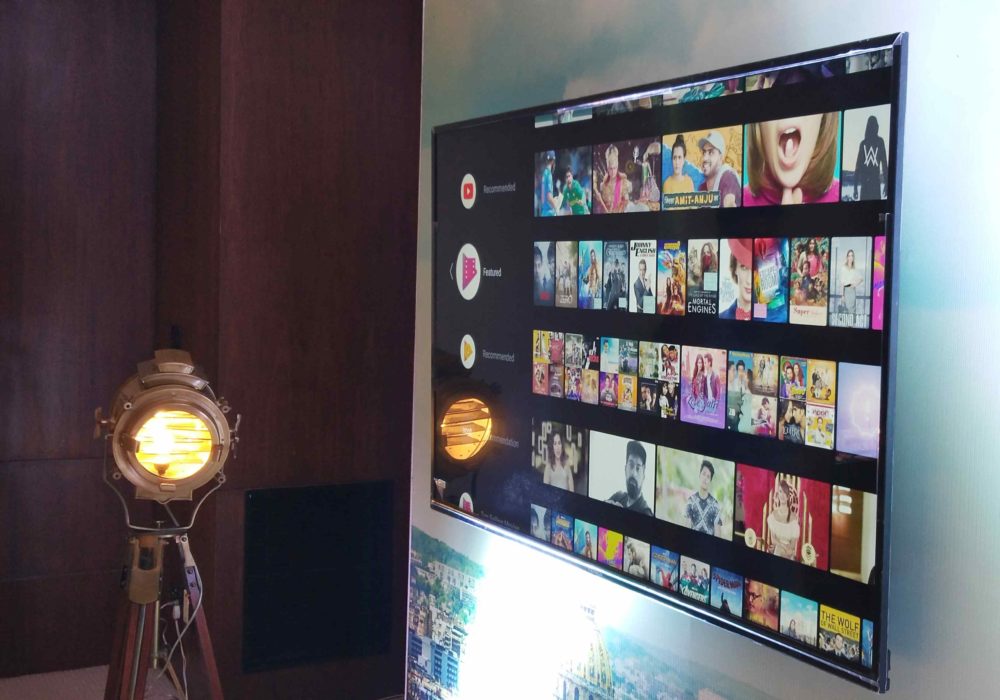 With this launch, the brand has officially flagged off its entry into India’s  premium TV space , as well. The launched series is equipped with the latest version of Android- Oreo 8.1, an Android remote that will have Google Assistant and hot keys for Netflix and Google Play.

Currently, India is witnessing a surge in digital penetration, especially in tier 2, 3 cities and rural towns, resulting in more people getting online. This has added to increased awareness and online sales, for white goods category as well.

According to a recent report, in 2018 the online Television sales spiked at 20% for ‘flat panel tv sets’. Thomson, after its re-entry last year, adopted the ‘sales via e-commerce’ strategy, and brought the best products to people across the country on Flipkart. Since its comeback the brand  has crossed many milestones and is well on its way to consolidate its leadership position in the affordable online Tv space, which is growing at an unprecedented rate.

Prices of Thomson’s latest range of Android TVs are as follows:

For superior experience and top-notch picture & sound quality, Thomson, across sizes 43 to 65 inches, has used a 4K 10 HDR display along with state of the art sound systems- DOLBY Audio and DTS TruSurround. These features will allow users to have a life like experience while watching their favourite videos/shows. Additionally, to enable seamless flow of quality content Thomson’s Official Android TV range includes some pre-loaded applications such as Netflix, Youtube, Google Store Play, Google Play Music and Google Play Movies.

Vivo India announces partnerships for Out Of Home (OOH) engagement

Optoma Presents the Brightest Short Throw Projector with Over 4000 Lumens